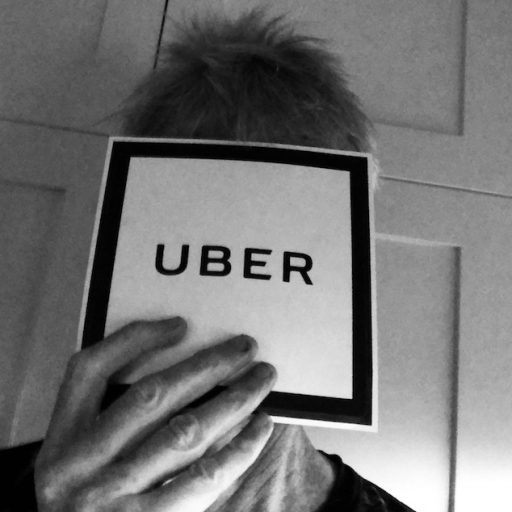 It’s my first fare on a weekday morning – just up the road in Bondi. A tall good looking guy in his early thirties hops in the front. I immediately notice that his right wrist is in a black brace. I think about asking him what the story is but decide against it. Poor guy is probably sick of answering questions about it. No doubt it’s something boring anyway – slipped and hurt his wrist while bracing his fall. So instead we end up talking about his work in Fiji – managing various construction projects. I ask if that’s challenging over there, given the local laid back lifestyle. “Oh yeah – sure is.” For some reason this seems to be the time to ask the unasked question. “So did you hurt your wrist over there?” He nods. “Yep.” “What happened, slipped and fell?” He shakes his head. “Nope. Shark got me.” What – the – fuck? “Really?” “Yep. Here – have a look.” He takes advantage of the car being stopped at a set of lights and undoes his brace. This reveals a knot of gnarled scarred flesh. Yuck. “Wow – he got you good. Are you ever going to have full use of it again?” He shakes his head. “No. But it’s amazing what they’ve been able to do so far.” “Right. And did they airlift you to hospital?” “Yes – then flew me to Australia. But when we landed, I had a heart attack so they had to give me CPR while lying in the aisle.” Bloody hell – this guy had been through it. “Wow. And I guess that’s the first time you’ve been attacked by a shark?” Another head shake. “Nah – probably about the third or fourth time.” “What? Really?” He nods. “Yep. But this time there were three at once. I was fighting two of them when their mate got me.” Oh my God – this dude is a bloody legend! “So how come you keep getting attacked? You do lots of diving?” “Yes – I’m a competitive spear fisherman.” Say what now? “Really – that’s a thing?” “Yep – been doing it for years. I used to live in the States and started getting into it there. Then I saw all these amazing huge fish people were spearing in Australia. Since my dad’s actually an Aussie, I had citizenship so I came here and have been spearing fish ever since.” Suddenly, the dude’s legendary status has been sullied. Sure, if he was a surfer and been attacked by three sharks and managed to fight two of them off Mick Fanning style, then good on him – instant Legend. But this guy went into the ocean armed with a weapon and shot lots of unsuspecting fish. So of course he’s going to attract sharks. Comes with the territory – their territory. Still, sullied legend or not, I feel pretty boring by comparison. Not likely to encounter many sharks driving an Uber.